About Yoga and Yin Yoga 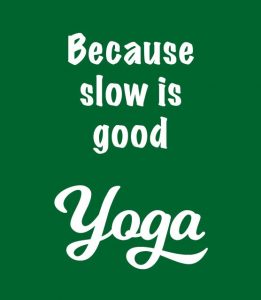 About Yoga and Yin Yoga
Thoughts by Jessica

If you were to look at some of the first results that come up, a variety of images will catch your eye.

The Yogi in flowing white robes mediating serenely; the lyrca clad gymnast in a moody loft studio, concentrating on their balance or form.  You may see an image of one of the gods or goddesses of Yoga such as Shiva or Shakti, Lakshmi the Goddess of Abundance, Ganesha the Elephant God.

Or maybe you fix on images of a yoga class in any one of thousands of school halls, church rooms and small studios the length and breadth of the country, with people like you and I taking part.

The word Yoga translates literally from its native Sanskrit as “join” or “union”.  Sometimes “yoke”, as in yoking cattle.

Early Yoga philosophies are diverse and varied – there are many early definitions, themes and roots to Yoga, often contradictory.

Some of the earliest writing about Yoga are in the Yoga Sutras of Patanjali, written around 500 CE, and this tends to be popular in the West as a set of relatable principles.   The opening verses give us an expanded definition of Yoga, “Yoga is control of thought-waves in the mind, so that man can abide in his true nature”.   In the original Sanskrit this is “yoga chitta vritti nirodhah tada drastuh svarupe vasthanam“.

Yoga is control of thought-waves in the mind  Yoga Sutras 1:2

But what does that mean? And how does it relate to archetypes described above?

Thought waves in the mind is the stuff that distracts us and holds us back, the things that stop us fulfilling our potential as individuals – thoughts, emotions, reactions, memories, trauma, stresses.   Our true nature is to understand and rise above these.  Yoga helps us do so.  This is the unity explicit in the word Yoga; our minds, bodies and spirit in unity.

I would re-interpret “yoga chitta vritti nirodhah tada drastuh svarupe vasthanam” as a process of wellness – releasing everything which holds us back so that we have well-being and freedom from dis-ease.

Release from limiting behaviour; limiting belief; a limiting relationship with the full expression of ourselves.

Release from conditioned responses to day to day events.  An awareness of how and why we move, think and do.

Between stimulus and response there is a space. In that space is our power to choose our response. In our response lies our growth and our freedom  Viktor Frankl

So to me, Yoga is a process of personal wellness – physically, mentally and spiritually.

I’ve no doubt that each of the google results are unique and emphasise different aspects of Yoga – my thoughts above are just a vignette of these wider thoughts.

Its worth touching quickly on what Yoga isn’t.

Yoga isn’t a religion – Yoga has routes in ancient Hindu philosophy and, according to some sources, many other ancient religions and philosophical systems.   It can be a spiritual practice, however it is not a religion; there is no dictation as to what you do or don’t believe, or how you interpret God, divinity and spirituality.  All Yoga asks is that you approach everything in life with an open mind, including faith and belief.

Yoga isn’t just physical exercise and flexibility – it includes movement and body control, sometimes quite strongly, and it will help with fitness, but its basis is much wider.

About Yin Yoga – ‘The Quiet Practice’

As with a lot of things, the term Yin Yoga isn’t that precise, and has been interpreted in different ways by different teachers; arguably its a way of thinking and practising rather than a specific style.

In essence its a quieter, slower, more passive form of Yoga, typified by using gentler versions of common Yoga postures and holding them for a longer time than usual.

A summary of the Yin practice comes from one of the Senior Teachers in the US, Sarah Powers, “unhurried postures unstained by striving”

Where there is a Yin there is a Yang – the two inter depend on each other. Yang is active, moving, dynamic, expansive, outward. Yin is quiet, passive, still, calming, contracting, inwards.

Yin Yoga aims to work with Yin energies and Yin parts of the body, countering the typically Yang activity of our day to day lives. We spend all day moving, thinking and doing – all Yang things – Yin is the counter balance to this.  A definition that resonated with me was “A work-in rather than a work-out”.

A work-in rather than a work-out

Physically the Yin aspect of the body is the supportive, connective parts of the body as opposed to the Yang muscle and movement system.

Yin Yoga is an ideal counter to a busy life; to a more dynamic Vinyasa or Ashtanga yoga practice; or to active sports and leisure.

There are some key principles behind a Yin asana practice:

I have recorded a short Introducing Yin Yoga presentation, as well as a more comprehensive Visual Yin Yoga Guide

For those who are interested I have written Yin Yoga – A Technical Perspective covering more technical aspects of the Yin Yoga practice –  this is written to provide a technical understanding of my interpretation of Yin Yoga, and is aimed at experienced Yoga practitioners/teachers, bodyworkers, therapists and health professionals.