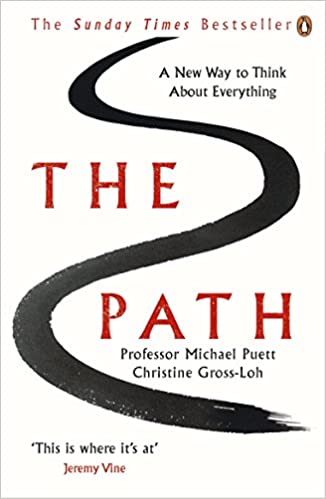 The Path – A New Way to Think About Everything

In the Yoga world Eastern philosophies are very popular, but mostly from the area we now know as India, less so from the western side of the Himalayas, the area we know as China, where the philosophy is both less well known and considered more esoteric.

This book is a easy to read primer on Chinese philosophy.  Its focus is on looking at the works of various Traditional Chinese philosophers, and relating what they taught in the past to modern day Western world; potentially a difficult task, but one which the authors manage very well, with both clarity and accessibility.  The authors keep very much on focus and manage to explain the concepts without getting bogged down in semantics.

The book isn’t a philosophy textbook in the normal sense, and its audience is definitely the casual reader rather than the philosophy student.  Its likely to be a engaging read for anyone with an interest in philosophy and thinking, looking to take a first step into the topic.  I found it useful to expand my limited existing understanding of this body of thinking.  A very readable work, 200 pages or so, which I would recommend.

The Path by Professor Michael Puett and Christine Gross-Loh can be purchased on Amazon, and using this link earns Yinspire a referral commission