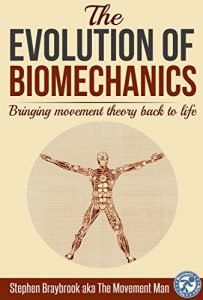 We take for mostly – unless injured or differently abled – how we move.  Yogis maybe think about it a little more, along with others in the movement world, either students or practitioners (and arguably the later should always be the former as well).

But, how to describe it?  We can sense it, but words and theories are not easy.

Biomechanics is one approach, and a popular one, the idea that human movements can be described in engineering terms – contract the biceps the forearm moves up, contact the triceps it moves down.  To a degree it works, but you only have to scratch the surface to realise this is a simplistic approach – whilst the forearm can be isolated on a cadaver or in a laboratory when being measured, in reality when we move to lift or push something many other movements support the forearm – we may move the upper arm at the shoulder, we may twist at the torso, we may bend the knees – this is functional movement against a reductionist single joint analysis.  At this stage describing movement in engineering terms as if the human body were a machine can be seen to be lacking.  The concept becomes even more lacking when you consider how we adapt to injury – if our shoulder is injured we compensate with the arms and torso for example.

In this book the author, a “self confessed movement geek”, tries to look at both the history of biomechanics and how we may move on toward a more accurate descriptive model of movement.   The book starts with an analysis of many decades of scientific thought and how it came to manifest in biomechanics, and then looks at why this is makes for a limited view of movement.  He then goes on to consider alternative holistic models for describing movement, drawing on tensegrity, biotensegrity, systems theory, synergistics, and similar.

This isn’t a movement manual; if anything its an extended discussion work about theories – it can’t be anything else as we probably don’t have the language to accurately classify and describe human movement, and certainly not the consensus.

It was a useful book, but probably one of interest more to yoga teachers and advanced practitioners than to individuals looking at working with a body here and now.

You can buy the book on amazon, and if you use this link, Yinspire earns a small commission
http://amzn.to/2jiErhS