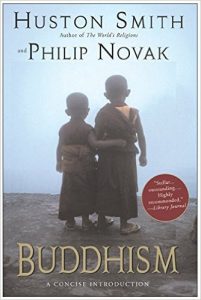 Growing up in rural 1970s Britain religion was Christianity, state sponsored, slightly threatening, slightly controlling.  At school you became aware of “others” in the religious would, and tended to regard them with suspicion.  For me that suspicion grew as a 1980s teenager consciously embracing an Evangelical form Christianity.

So fast forward to 2017, a few days short of my 50th, and the world is no longer so black and white, more infinite shades of grey.  Life does that.

Clearly a strong influence in my life over recent years has been Yoga, and delving into the philosophy behind Yoga has been a joy as much as the various practices, indeed you can interpret Svadhyaya, one of the Pantanjalian Niyamas as study (along with an interpretation as self study and reflection).  In some ways, Yoga has evolved for me to a practise of enquiry. Enquiry as in understanding self, the world, higher planes, and how they interact.  Enquiry from openness and receptivity.

This then is the context for my seeking a greater understanding of belief and personal belief structures – I try to avoid the word “religion” here as it is simply too loaded in day to day common usage.

In so to this book – its titled “Buddhism – A Concise Introduction” and it lives up to that.  A well written 200 pages which explains and illuminates rather than proselytises, it gives a run down of key Buddhist history and philosophy, and of the main schools within the Buddhist path.  It does so reverently and on a measured basis, and gives an easy to understand read.

One of the niggles some Yoga practitioners can have is balancing the various philosophical inputs to modern Yoga – Hinduism, Buddhism, in the Yin Yoga world, the Chinese Taoist influence as well – so just where are Yogas roots?  The authors here provide a credible and balanced explanation of how Buddhism can be considered to have grown as rebellion against contemporary religious practices, the practices which today we would know as Hinduism, yet has subsequently been reabsorbed as a modifier in to them.  That makes a lot of sense, as belief and philosophy adapts over millennia – the authors don’t suggest the two are one and the same, but more imply an overlap and friendly respect.  For the modern Yoga practitioner that makes considerable sense, and indeed a penny dropped as I read that section.  And yes, of course, its more complex than that – Yoga as a school of Hinduism, Tantra, the evolution of Hatha Yoga – like a mirror ball in a dance hall, belief and philosophy gives off a differing reflection from which ever direction you view it.

The authors explanations of the major schools of Buddhism are very useful – Theravada, Mahayana, Zen and Tibetan – and provide the onlooker with an understanding of seemingly conflicting stances in other writing and in cultural understanding.

In short, a concise, well written and illuminating introduction to Buddhism, one of the best I have read.  I’d recommend the book to any one seeking to understand a little more about modern Buddhism, modern Yoga philosophy, and, of course, for the curious and the seekers.

The book can be bought on Amazon, and if you use this link, Yinspire earn a small commission