We are all Donald 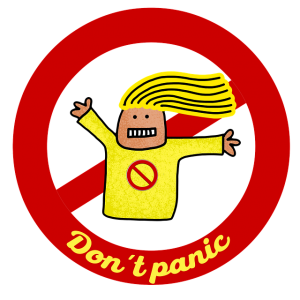 OK, so that was a bit of a surprise.  I mean we really hoped he wouldn’t win?  That common sense would prevail?

Although I personally would have voted for Hillary, I can see the attraction of The Donald to some people, particularly his call to change and his non political background.  I’m still not convinced America has made the right choice.

However more importantly America’s politics have world wide ramifications, and so impact on us all.

Yoga teaches us that the concept of I, self, is an illusion.  We are part of something much larger.  Yoga suggests with evolve as humans from the energy of the universe and return there.  And yes, I know enough about cellular biology to know thats not how the physical body develops, here I am talking about our essence, our soul, in Sanskrit our Atman.

And so in a very real sense we are Donald, Donald is us.  The separation is an illusion.  From the same universe we arise and return, and we all have the equal capacity for living an upright and decent life, and practising fundamental principles like Ahimsa (compassion) and Satya (truthfulness).

We may not like the outer wrapping of Mr Trump, but he is a person with immense personal powers, like us all, and now social and political power.

Our duty as Yogis?  To be critical friends in one sense, telling him and his administration honestly what is right and wrong in the world, and in another, maybe more important sense, to up hold Mr Trump in our practices such as meditation, mindfulness and prayer, according to our own traditions.  He may make right choices, he may make wrong choices, more likely he will do both, but we remember he comes from the same ether as us, and with the same opportunities and filters.

Some years ago, Carol Mccartney introduced me to a book, Dying To Be Me by Anita Moorjani, a true story about the authors journey through cancer, near death and healing.  The author reflects on her experiences, including meeting her deceased Father, with whom she had a difficult relationship on earth,  on the road to the after life, and finding a different loving man not limited by human conditioning.  She writes:

“At the same time, I understood that at the core, our essence is made of pure love.  We are pure love – every single one of us.  How can we not be, if we come from the Whole and return to it?  I knew that realising this meant never being afraid of who we are.  Therefore, being love and being our true self is one and the same thing”

“Each of us, at our core, already is pure and unconditional love.  However, when we express it here in this physical realm, we filter it through the mind, and it then expresses itself in emotions.”

We are all Donald.  Donald is us.